Follow this link to The Truth Behind Climate Change

I have pieced together slides from a 240-page presentation series I did on this subject of Climate Change, to show foundational scientific knowledge in support of the periodicity of Climate Change. It is not a new problem being faced by the world, but an ol 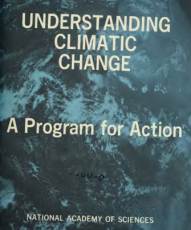 d one, and in 1975, to top scientists in America filed the ensuing report. In 1975, the National Academy of Sciences (NAS) compiled their multi-year study on climate change, and most people today are not aware of their findings. Some highlights are noted here:

1. The year 1816 was “the year without Summer,” well before Industrialization, it snowed in June thru August in America, and caused widespread hunger and crop failures.

2. There was global warming in 1848, nearly a hundred years before industrialization and automobiles, yet “the Polar Ice was melting!”

4. “Global Warming” caused the Iceberg from Greenland to dislodge into the Atlantic Channel in April (earth barely coming out of winter), and resulted in the sinking of the Titanic in 1912!  That was still “pre-industrial” times.

7. For millennia, there is periodicity in the alternating pattern of global “warming” followed by “cooling,” followed by “warming,” etc.

8. The Truth Behind Climate ChangeClimate activists will blame true Christians for the negative impacts of Climate Change and will seek legal methods of forcing us into compliance, leading to the MOB system.

2 thoughts on “The Truth Behind Climate Change”